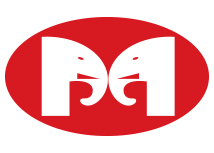 The combined team efforts of Consultant Orthopaedic Surgeons Dr.Murali Krishnan and Dr. Praveen C.R.involved the employment of procedures like Ultrasound Bone Density Measurement to determine bone density/strength. Sessions on Total Knee Replacement and Total Hip Replacement were conducted by Dr.Muralikrishnan. The camp created awareness about Orthopaedic conditions as well as allayed the fears of people who required surgery. With 50% of patients being diagnosed with arthritis, a sizeable number opted to undergo surgery.

The Department of General Surgery, Muthoot Medical Centre, Kozhencherry. organized a Thyroid Detection camp in July. Dileep Khan, Circle Inspector of Police, Kozhencherry, inaugurated the camp, after which awareness classes were jointly conducted by Dr.Cherian Mathew, Chief Surgeon and Dr.Manoj Thomas Kuruvilla, Consultant Endocrinologist on the surgical aspects and treatment modalities of managing the thyroid disease.
All the Thyroid Function Tests as well as related Blood tests were conducted at no cost and concessions were offered on corresponding investigations.

An existing and increased general awareness amongst the general public about the conditions linked to the Thyroid disease brought in a large crowd of 207 patients. The coordinated efforts of the team of Doctors were instrumental in managing the continued inflow.